On August 24 – 25, 2021, market-leading agents from around the country gathered in Napa, California for Side REunite to connect and share best practices with each other.

It was hard to pull just a few takeaways from the 15+ hours of information-packed sessions, but we managed! Here are 10 key lessons from Side REunite 2021 you can incorporate into your business today.

Don’t promise your clients you’ll deliver amazing results once they trust you with their home sale.  Instead, make sure you’re actually delivering value right from the get-go.

Sharran Srivatsaa, CEO of Srilo Ventures, said this during his keynote: “Our world is filled with promises. But a promise isn’t good enough — you need a plan. The client knows you can’t give them a result right away, so they want to see your plan. They won’t trust you otherwise.”

One of Sharran’s suggestions for delivering results in advance was to establish yourself as a market authority by framing the market from the macro perspective down to the micro. He offered this script as a response when clients ask what their home is worth:

Swap in your local data and you’re off to the races. You can find all the materials from Sharran’s presentation here.

2. Keep a close eye on wages and housing prices. Said Rick Sharga, executive vice president at RealtyTrac, during his market forecast: “We’re not in housing bubble territory … yet.”

Before you panic, Rick predicted today’s strong housing market will continue into next year and noted there are several things keeping us in non-bubble territory despite soaring housing prices. Key among those is that we are currently experiencing record levels of homeowner equity ($23 trillion).

Homeowners are tapping into their equity to purchase expensive new houses, and that equity combined with historically low interest rates makes those houses affordable to them. That’s a very different situation from the last housing bubble.

But as Rick also pointed out, you can’t go too long with wages growing 4% a year and home prices growing nearly 18% a year before you start to get into bubble territory.

So keep an eye on the gap between wage growth and housing price growth. The wider it gets, the more prepared you should be for the market to flip.

3. Start before you think you’re ready.

Don’t put off starting something new because you think you need more time to practice. As social media maven Katie Lance said during her keynote: “Done is better than perfect.”

Katie was talking specifically about creating video content. She explained that you shouldn’t wait until you’ve done tons of research and gotten lots of practice … because chances are high you won’t ever feel like you’re ready.

Just get started. Make a commitment to post more videos because you know they’re effective (Katie noted that people retain 95% of what they see in video compared with 10% of what they read).

Do your best, put in the work, and then post — don’t overthink it.

And the advice applies far beyond video marketing. Don’t hold back on launching that new automated email campaign, or trying that new script, or targeting clients in a new price bracket just because you’re not an expert yet. You’ll learn as you go, and done is better than perfect.

4. When your clients talk, listen to the subtext. In today’s market, plenty of sellers have an inflated understanding of their home’s value. When asked how to talk sellers down from their sky-high expectations, Kofi Nartey — founder of GLOBL RED and panelist on the Luxury Secrets Revealed session — offered this advice:

“It’s not about being combative, it’s about proving your stuff. What was a great shift for me was going from combative to holding their hand and embracing what I thought was on the other side of their question. When someone asks, ‘Why can’t I get that number?” what they’re really saying is: ‘My home’s the best, so it should sell for more than others.’”

When he embraced the subtext behind his clients’ questions, Kofi found he was able to stick to his guns in a way that still addressed their concerns.

“Now,” said Kofi,” I’ll respond with: ‘You’re right. Your home is better, and it should sell for more. So what we’re going to try to do is capture that value beyond what the market is now, but we don’t want to stretch to this price for these reasons.’ If they feel like they’re winning, they feel like they’ve met their goal.”

5. When building a team, prioritize culture.

If you want to build a powerhouse team to go the distance, you can’t have a single weak link. And weak in this case doesn’t mean a low producer; it means someone who doesn’t fit in with your team’s culture.

“Communication and core values are key,” said Dana Olmes, co-founder of Frontgate Real Estate, on the panel How to Recruit and Retain Top Agent Talent. “If you have one disruptor on your team, it will suck the life out of you. It may start small, but it will build into major problems.”

Bryan Hill, co-founder of Mint Real Estate, reinforces his team’s collaborative culture by setting up regular 1:1 meetings with his team members. “They’re taking a chance joining my team, and it’s my responsibility to help them.”

Said Nancy Reynolds, associate broker and founding sales partner at Rainmaker Real Estate: “It’s important to us that we help build up our team members’ confidence, because know that at some point, they will fail. We want them to know that we will always be there to pick them back up again.”

6. Diversity is not a buzzword — don’t treat it like one. If you want to make sure your business is diverse and inclusive, that’s great — but make sure you’re not treating diversity like a box you have to tick.

Serina Lowden, co-founder of All City Homes, touched on this point during the session Breaking Barriers: Making Space for Diversity and Inclusion in Real Estate. She suggested joining one of the multicultural real estate associations — NAREB, NAHREP, or AREAA — as a way to meet more agents of color. But her suggestion came with an important caveat.

“I see people all the time who join these organizations just to say they’re a part of them,” said Serina. “If you do decide to join, really get involved. Get to know people, talk to people, understand what they’re going through — really feel what they’re saying. It’s sensitive, but if you don’t have the conversations, you’ll never know what it’s like.”

During her keynote, world-champion boxer Laila Ali — daughter of the indomitable Muhammad Ali — touched upon a similar theme. In her conversation with Side CEO Guy Gal, she gave this advice to agents looking to expand their teams:

“The key is to hire the best person for the job but not exclude anyone. And if you want diversity, you need to intentionally, strategically look for it. But if you are going to focus on it, don’t do it because diversity is a hot topic right now. Make sure you’re doing it because it’s the right thing to do as a human being, and the right thing to do for your business.”

The housing market may be red-hot now, but that won’t always be the case. And when the tides turn, as they inevitably will, the agents who thrive will be the ones who know exactly why they got on the real estate rollercoaster in the first place.

“Times are going to get tough at some point,” said Anthony Marguleas, founder of Amalfi Estates, during the session he moderated on How to Use Goals and Accountability to Boost Your Production. “It’s really important to know what your why is.”

Your personal why could be:

Get clear on your big why, and you’ll not only set better goals — you’ll be more likely to stick to them when the going gets tough. Ever find yourself adopting a fake persona when you meet with clients? Nervous that revealing too much of the real you will drive people away?

It’s time to move away from that mindset. As Melissa Sofia, founder of The Avenue Home Collective, said while moderating the panel Turn Up the Authenticity for Off-the-Charts Growth, you will be happier — and attract better clients — when you’re true to who you are.

“When I started in the business, I was given a lot of unwanted advice about to be professional,” explained Melissa, “which resulted in me dressing in boring suits and speaking in a way that wasn’t authentic. And that actually translated very poorly to people in my sphere.”

Melissa cited becoming a mother as critical in pushing her towards greater authenticity in her business. “I started thinking about who I wanted to spend my time with and how I wanted my children to see me. I dove into the opportunity to understand myself, forgive myself, and learn who I was as an agent and a human. And through that, I have seen my business explode.”

As of late August, Melissa’s team had sold over 200 homes so far in 2021 in their San Diego market. She spoke from the REunite Growth Stage in a sparkly gold jacket — bye bye, boring!

9. Embrace the power of your own unique brand.

Ignore the hype about tech taking over; agents aren’t getting pushed out of real estate any time soon.

As Rahul Kishore, senior managing director of Coatue Management, said during the panel RE-envisioning the Future of Real Estate: “As a millennial, I should want to buy a home on my phone — but that terrified me. Making this market better is not about taking humans out of the equation, if anything it’s the opposite — it’s about making the experience more comfortable for the consumer.”

Paul Levine, partner at Sapphire Ventures, agreed and offered this additional point: “I believe deeply that people want to work with someone they trust who has a strong, local brand, who knows what they’re doing, and who comes referred by people in your community.”

“I believe deeply that people want to work with someone they trust who has a strong, local brand, who knows what they’re doing, and who comes referred by people in your community.”

“This is a movement,” Dana Stalder, partner at Matrix Partners, added, referring to Side’s model of empowering top-producing agents and teams to build their own boutique. “This is going to transform the industry over the next two decades. The traditional franchise model is dying on the vine.” It’s shaping up to be a pretty exciting 2022 for Side partner agents. Co-founders Guy Gal, Ed Wu, and Hilary Saunders announced some huge news at Side REunite; here’s just a snippet of what’s to come:

If you’re curious to learn more about Side, now’s the time to reach out. 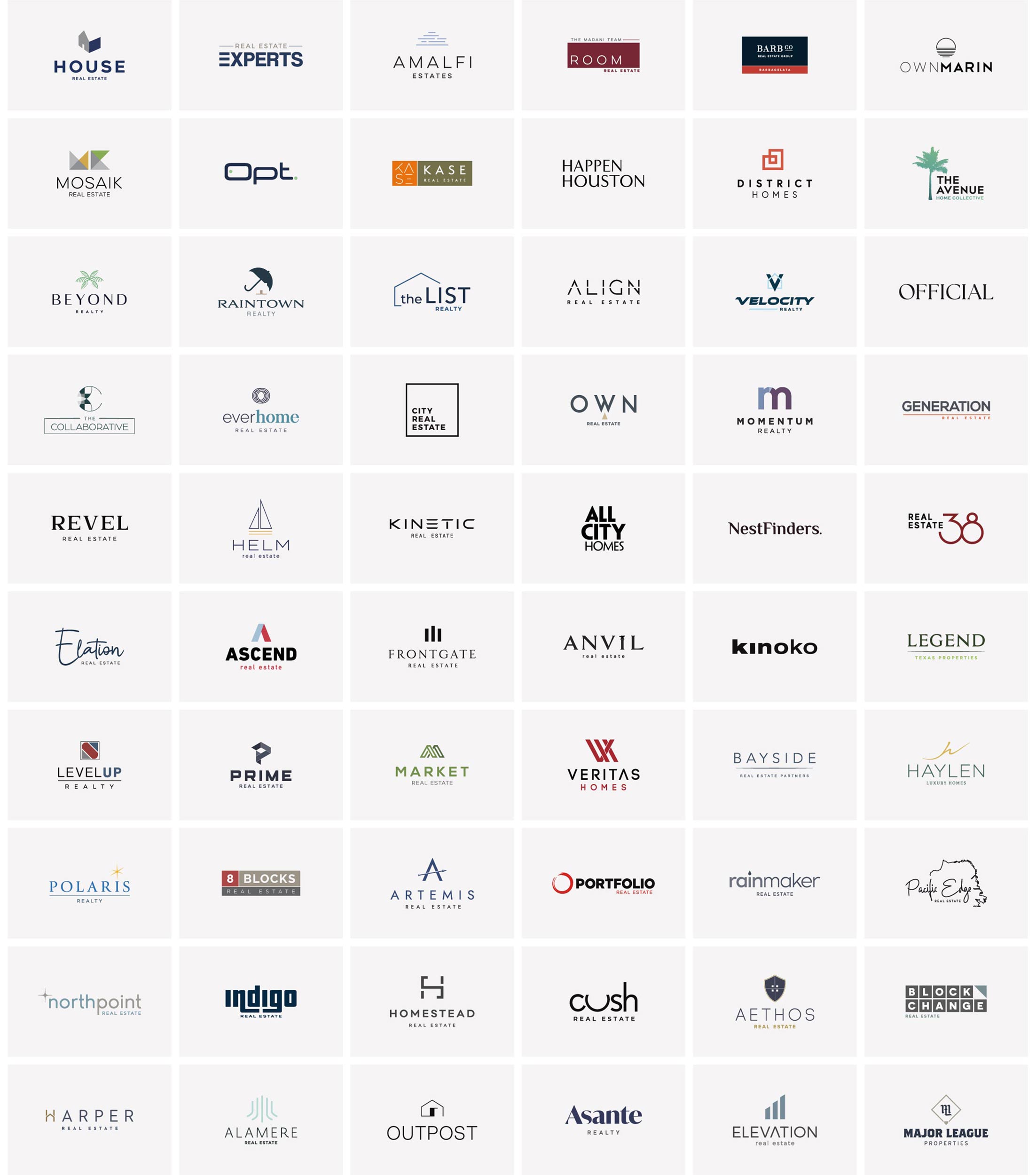